In 2010 I read about people converting old gasoline and diesel cars to electric and started to read up on how that was done and what parts that was needed and available. I could not find a system that was as integrated as I wanted so I decided to design my own 🙂
This went though a few prototype stages and eventually I ordered a first version PCB from China. This project was later scrapped in favour of converting a Toyota Prius to plug in HEV. 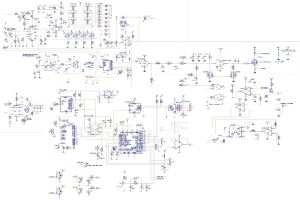